As part of our initiative to support and uplift emerging directors across the board, BOLDLY has joined the Shiny Awards Jury Network with the goal of encouraging more young directors to make independent work, and to share with global audiences.

By submitting to the Shiny Awards, emerging directors can have their work viewed by top industry professionals from agencies to production companies and other stakeholders - who then give the directors valuable feedback and consideration. What's better is that directors going through this Shiny process can seek representation in far away or nearby territories, growing their networks and ultimately shining light on the work.

Shiny Awards is also committed to improving visibility for women and people of colour in film as part of their diversity initiatives.

BOLDLY is excited to be part of this network, lending eyes and ears for the amazing talent not only emerging out of Vancouver and Toronto, but throughout the globe. Our team looks forward to growing with Shiny and seeing more work from directors who would be previously less visible.

On December 3rd, 2019 "Virtuous Circle" directed by Farhad Ghaderi was shortlisted on the Shiny List. The film was screened at HARBOR in New Your City alongside other projects like "And We Disappear" by Meredith Hama-Brown. 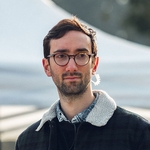 Get in touch with Sebastien Today